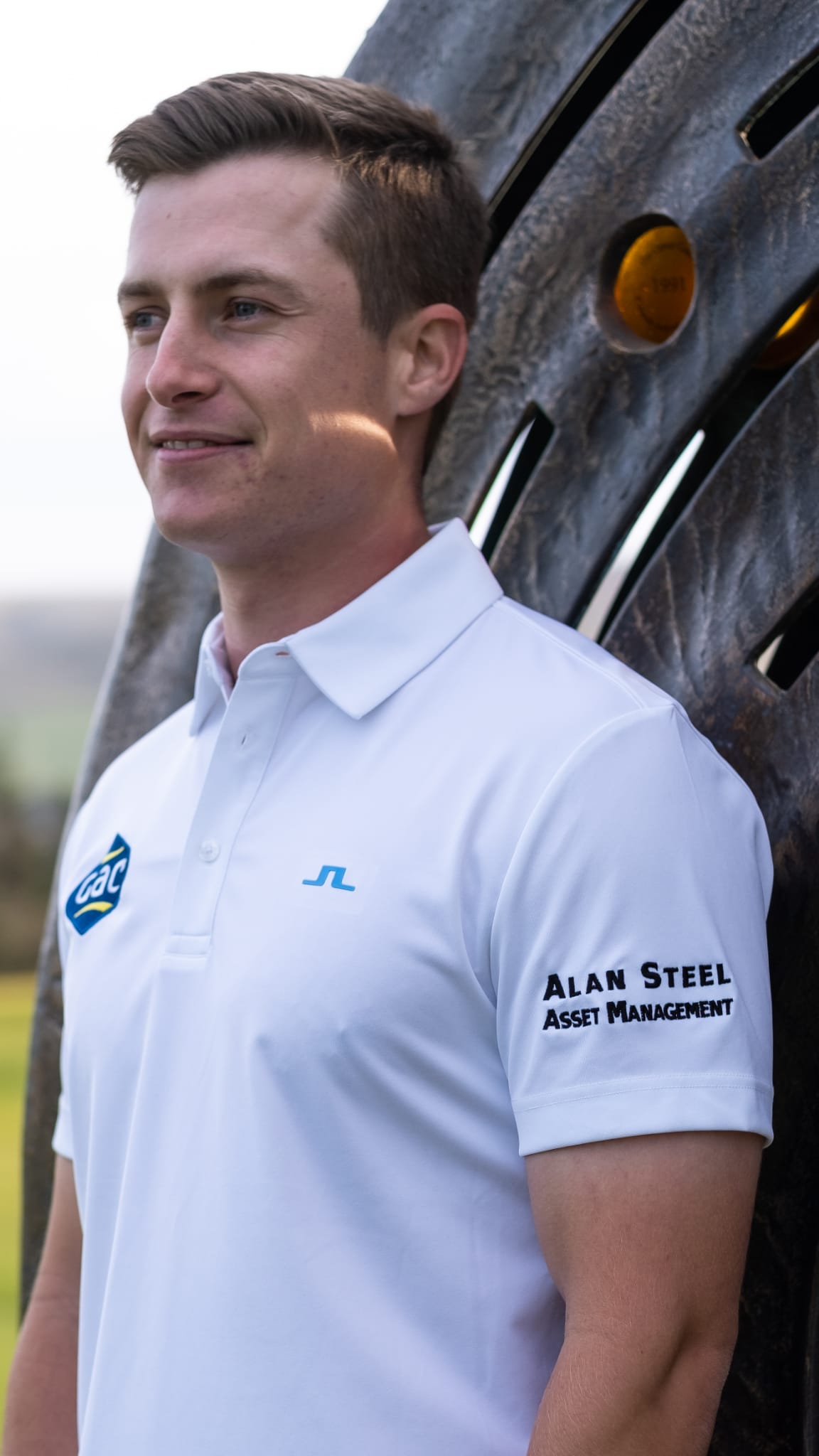 Calum’s introduction to golf was at home in Perthshire where he played at Aberdour and Muckhart.

Whilst he played many junior and amateur events throughout Scotland, it was not until he was offered a golf scholarship at Western New Mexico University in 2012 that his golfing career started to take off.

After graduating with a Bachelors Degree in Accounting in 2015, Calum stayed on to become the men’s assistant golf coach with the Western Mexico “Mustangs”, and during that two year spell, he secured a Masters in Business Administration (MBA).

Calum turned professional in 2017 and made an immediate impact. He won tournaments in San Juan and Arizona, but his biggest success was qualifying for the 2018 US Open at Shinnecock Hills where he made the cut and finished in 61st place.

Following the US Open, Calum moved back to Europe to compete on the Challenge Tour, where he won the Northern Island Open at Galgorm Castle in only his 5th start.

A 37th place finish on the Race to Ras-al-Khaimah gave him full playing rights on the Challenge Tour for 2019. Then, wins at the Euram Bank Open in Austria and the Made in Denmark Challenge, together with many top-10 finishes throughout the season, saw him finish runner-up in the Race to Mallorca, and he secured his European Tour card.

Calum comfortably retained his card in his rookie season and then in 2021 his good form throughout the season earned him his maiden win on the European Tour at the Cazoo Classic at the London Club. This helped Calum finish the year just outside the top 30 on the Race to Dubai.

Calum is one of the most consistent players on the DP World Tour, which he has been very close to breaking into the top 100 of the OWGR for some time. 2022 will surely see him achieve that milestone and more.