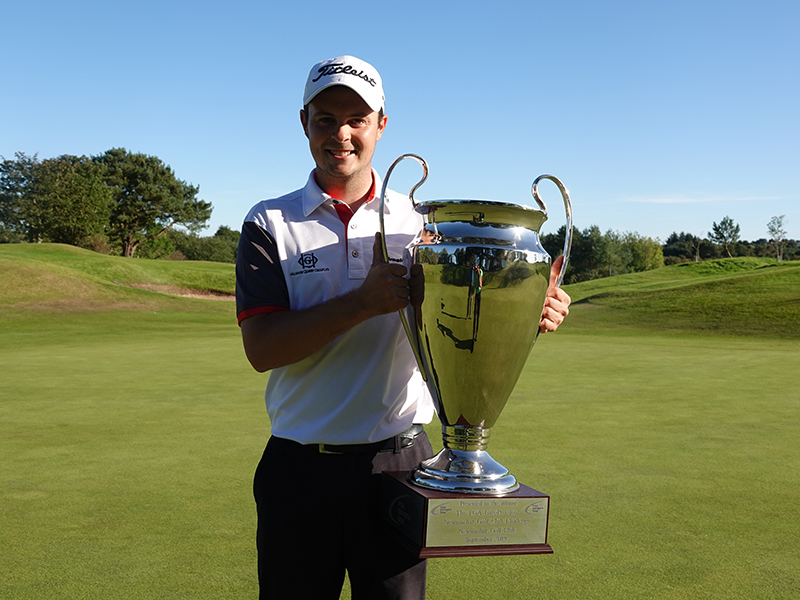 Jack burst onto the scene when he won the Firstpoint USA Scottish Boys’ Stroke-Play Championship at Ladybank in 2009 at the age of 16.Coached at the time by Adam Hunter, he shot rounds of 69-70-76-71 at the Fife venue to finish four shots clear of a field that included Scottish Boys’ champion David Law.

McDonald’s eye-catching performance also earned him the George McDonald Memorial Bowl for the leading under-16 player in the field. That double had last been achieved by Murray Urquhart 21 years earlier and before him Lee Vannet, making McDonald only the third player to have won both trophies.

In 2012, he enjoyed a great run in the Amateur Championship in his native Ayrshire, reaching the semi-finals at Royal Troon before succumbing to Austrian Matthias Schwab. A few weeks later, he teed up in the Scottish Open at Castle Stuart after receiving an invitation for the star-studded European Tour event through the Scottish Golf Union. Rising to the occasion, he shot two rounds of 70 to make the cut, then carded a 68 in the third round before partnering Ernie Els on the last day, a week before he won The Open at Royal Lytham.

McDonald made 2012 a year to remember when he was then named as the Scottish Amateur Golfer of the Year, having ended the season on a high representing Scotland for the first time in the Home Internationals at Gailes Links. Collecting four-and-a-half points, he helped the Scots win the annual four nations battle for the first time in six years.

A former British Universities’ champion, he was part of two notable team triumphs in 2014, helping Scotland win the European Nations Cup at Sotogrande then tasting Palmer Cup glory with Europe.After then helping Scotland win the European Men’s Team Championship victory in 2015, when he again reached the last four in the Amateur Championship, this time at Carnoustie, he followed in the footsteps of his grandfather Gordon Cosh by playing in the Walker Cup at Royal Lytham and St Annes.

His stellar amateur career culminated with him winning two-and-a-half points from a possible three in Great Britain & Ireland’s thumping 16.5-9.5 win over the United States.

That triumph saw McDonald join two other Kilmarnock (Barassie) members, Jim Milligan and Gordon Sherry, in being afforded honorary membership of the Ayrshire club as Walker Cup winners.McDonald was mentored by former Italian Open winner Dean Robertson during a spell at the University of Stirling, where he was an applied mathematics graduate.